For nearly a century, the Monmouth County Historical Association (MCHA) has told the story of the Taylor family at Marlpit Hall, the c. 1760 historic house museum in Middletown, NJ. It is a fascinating story indeed, and speaks to the strife between Patriots and Loyalists in Monmouth County, a hotbed of activity during the Revolutionary War. Until recently, however, a chapter of the house’s history had gone untold. In October of 2021, MCHA unveiled the exhibit

Beneath the Floorboards: Whispers of the Enslaved at Marlpit Hall to include this forgotten chapter. This award-winning exhibit was the culmination of two years of extensive research done by curators Bernadette Rogoff and Joe Zemla to interpret the home to include the long-silenced voices of the enslaved who lived there.

Primary source documentation and discoveries of material culture were the foundations of the research done to uncover the lives of seven of the twelve known enslaved individuals at Marlpit. Birth, death and census records, wills, runaway ads, inventories, bills of sale, and manumissions (or freedom papers) shed light on the experiences of Tom, York, Ephraim, Clarisse, Hannah, Elizabeth, and William. In 2020, Joe Zemla discovered secret caches of artifacts hidden beneath the floorboards of the kitchen loft living quarters that spoke to their religion and protective rituals, while archaeological digs supervised by Dr. Rich Veit of Monmouth University provided further evidence to piece together what life may have looked like for the enslaved. Throughout the house, mannequins dressed in 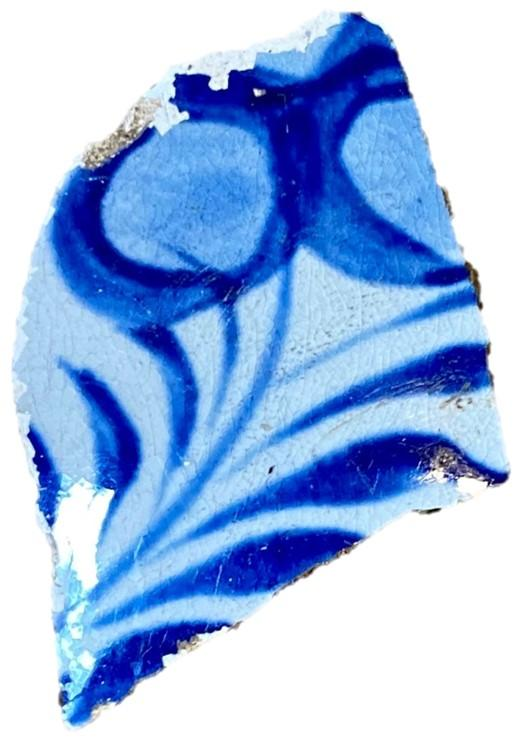 historically accurate reproduction clothing bring each individual to life, supplemented by their carefully researched biographical panels. The artifacts they left behind are now on display; there is no longer a need for them to be hidden from view.

One of the most prevalent comments made by visitors is that they were unaware that slavery existed in New Jersey. For many years, our educational system had been complacent with the general notion that the northern states were free, while the South had enslaved labor. New Jersey has been referred to as the “most southern of the northern states,” second only to New York in the number of enslaved persons and the very last to legally abolish the institution on January 23rd, 1866.

Comparatively, little has been written about slavery in the North. We can read about
the facts of the matter, but the personal stories in the Floorboards exhibit make an impact that no textbook or blog can. The enslaved are presented without any form of politicization, but rather from an evidence-based and humanized lens. Students are able to connect with them, particularly with Elizabeth and William, who were born in the home and are represented as children – another sad fact of slavery that often goes overlooked. It is a unique opportunity to be able to mentally place these individuals in surroundings which are familiar to the student, albeit long ago. The students learn that we can make educated guesses about what life was like during the time in which the enslaved lived and explore the spaces they inhabited, but we can never truly understand their experiences as enslaved human beings. The only thing we can do is try to imagine it, using historical evidence from primary sources as our guide.

There is a sad deficit in age-appropiate classroom resources to teach slavery, and almost none that cover slavery in the North. This deficit creates roadblocks for public school teachers who are mandated to teach these topics as required by the NJ Department of Education’s 2020 Student Learning Standards, incorporating the 2002 Amistad Law.

While nothing can compare to the experience of actually visiting Marlpit Hall, the opportunity to do so poses challenges for many school districts. In order to make the fascinating information in the exhibit as accessible as possible to students, MCHA has created two NJ standards-based digital education resources adapted for the elementary and middle/high school levels. Created under the advisorship of respected professionals in the fields of education and African American history, both age-appropriate resources provide background on the system of slavery in New Jersey with a focus on the enslaved at Marlpit Hall. In it, they will be introduced to each individual, along with the primary sources that helped to build their stories. Dr. Wendy Morales, Assistant Superintendent of the Monmouth Ocean Educational Services Commission, notes “The questions and activities included in this resource are standards-aligned and cross-curricular. This means students will not only learn historical facts, but will be challenged to think like historians, analyzing primary sources and making connections between historical eras.” Creative writing, art, music, and civics are all explored. 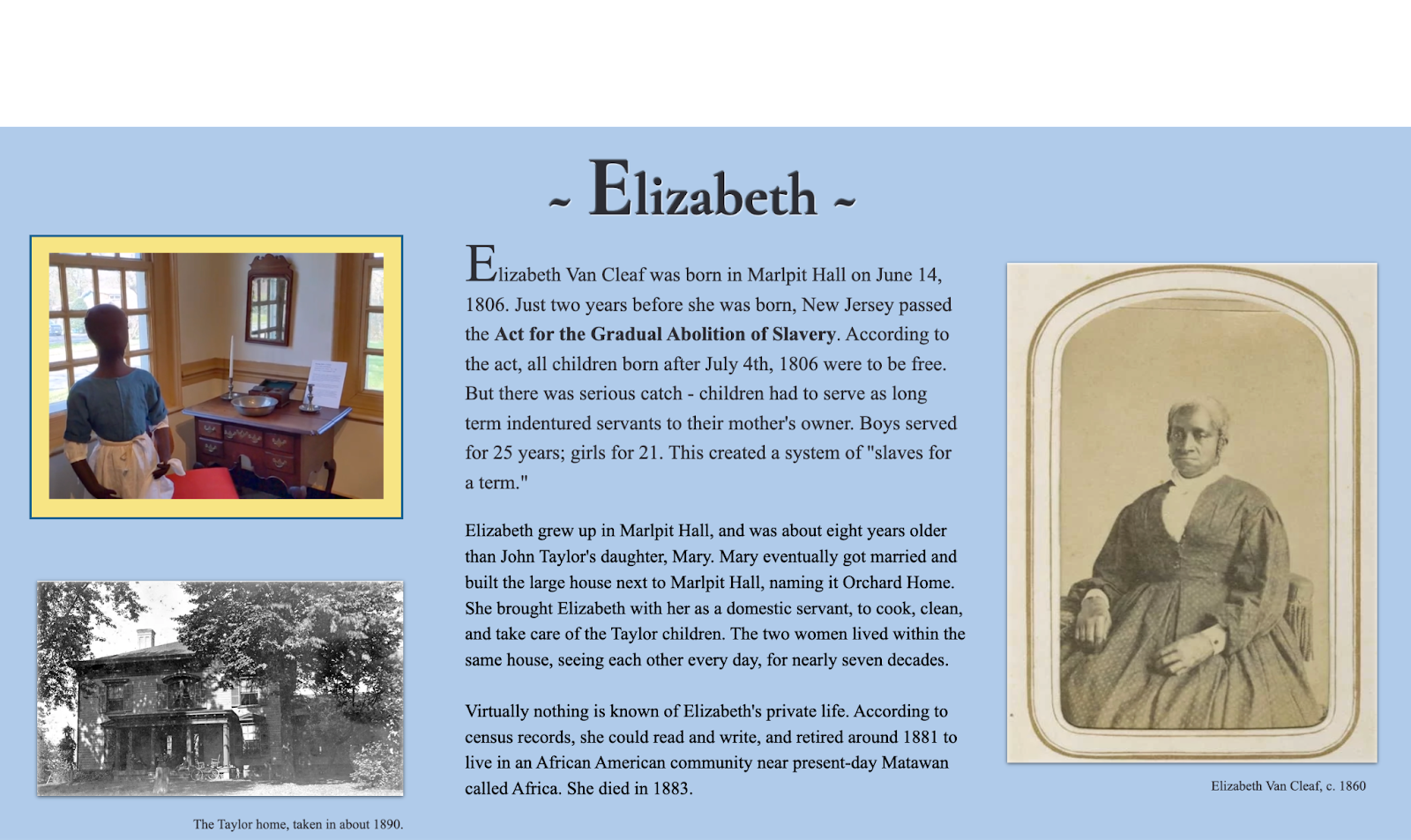 The section on the origins of slavery in New Jersey stress that the enslaved came here not as slaves, but as individuals who were taken from a homeland that had its own culture and civilization. Two videos, courtesy of slavevoyages.org, make a powerful impact. Students will get to view a timelapse of the paths of over 35,000 slave ship voyages, plotted in an animated graph. This visual representation helps students visually process the magnitude of the forced migration of the enslaved, while a 3-D modeling of an actual slave ship offers a uniquely realistic view of these vessels. 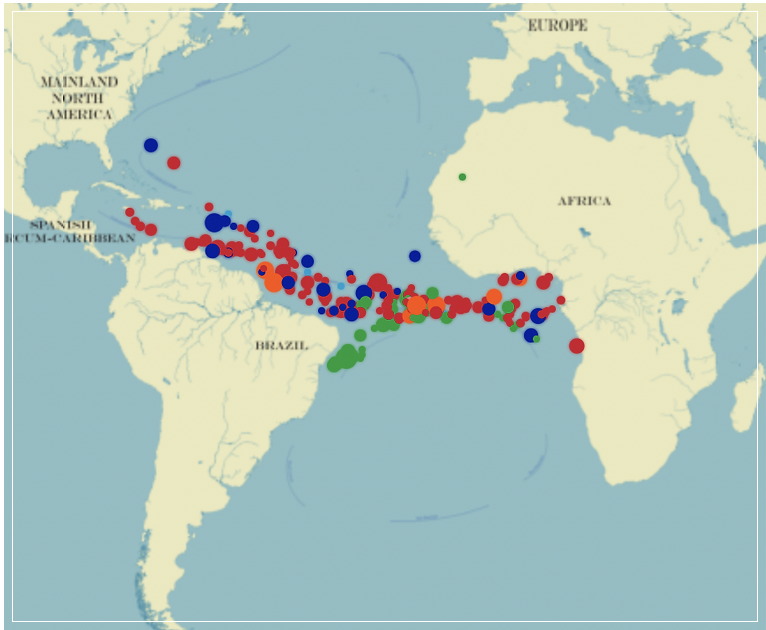 Both grade level resources come with downloadable worksheets that can be customized to accommodate differentiated learning strategies, and submitted through Google Classroom. Teacher answer keys are provided for guidance as well. MCHA is proud to provide these resources free of charge to aid educators in their responsibility to teach slavery. The resources offer a guided approach to help educators navigate this sensitive and often difficult topic in the classroom. The new mandates are an excellent start to correcting the record on New Jersey’s history of enslavement, but it is truly New Jersey’s educators who will place their personal marks on bringing relevance and reverence to the topic in the classroom.